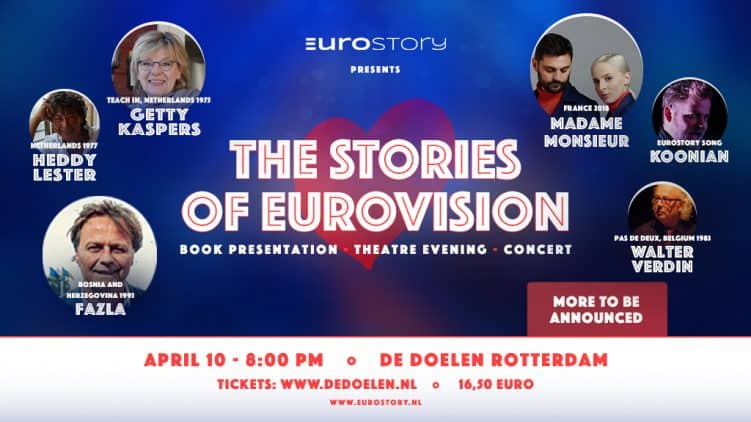 The past five years Eurostory has been writing about THE STORIES that hide behind THE EUROVISION SONG CONTEST. This April we present the most precious ones, during

THE STORIES OF EUROVISION

A unique night full of storytelling and singing, with the presentation of three new Eurovision related Dutch books (which ones? check below) and the cooperation of various artists (who? check below!). Get your tickets here.

More about France More from 2018

Madame Monsieur (France 2018)
This duo sang a Eurovision song that was based on the true story of baby Mercy, born in the middle of the Mediterranean Sea, on a rescue vessel. Now their song lyrics became a beautiful picture book – to be presented at the evening. Madame Monsieur will talk about the book they made with Dutch illustrator Saskia Halfmouw and they will be performing their song.

Fazla (Bosnia and Herzegovina 1993)
He literally had to run for his life to be able to participate at Eurovision. He’ll share his story and sing Sva bol svijeta.

Bosnia and Herzegovina
in Millstreet 1993

More about Bosnia and Herzegovina More from 1993

Heddy Lester (Netherlands 1977)
will tell us why she refused to sing her song for decades after the contest (but not any longer – she’ll perform for us!).

Getty Kaspers (Teach In, Netherlands 1975)
will talk about a lifetime of being a Eurovision winner.

Walter Verdin (Pas de deux, Belgium 1983)
sang what many people still rate as the strangest Belgian Eurovision song ever. He’ll tell us about his memories.

Koonian
For the third time in a row he made a song for Eurostory in which he uses all the titles of this year’s Eurovision songs. He’ll perform the 2020-version for the first time.

*NEW NAMES TO BE ANNOUNCED!* 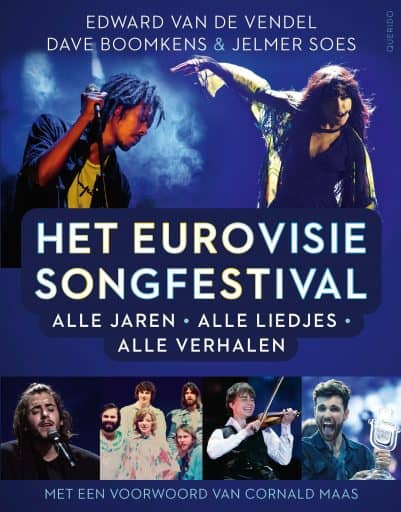 This book in Dutch offers all Eurovision editions, all songs and all stories in a complete encyclopedia. In full colour and with unique photos.
24,99 – but at our evening only 19,99! 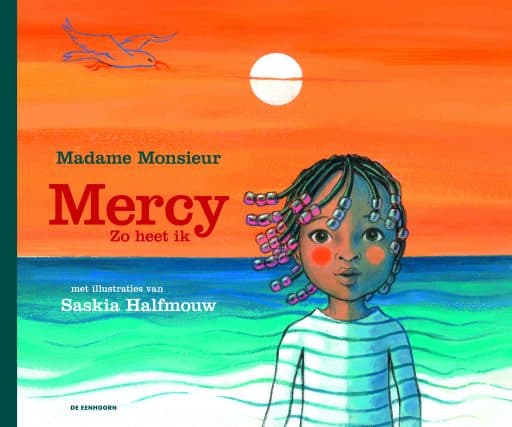 Beautiful picture book in Dutch with the lyrics of the French Eurovision song of 2018, about the true story of baby Mercy, who was born on a rescue vessel in the middle of the Mediterranean Sea. With an extra story by singer Émilie about what happened after.
15,95
(French edition will be available in the first week of May) 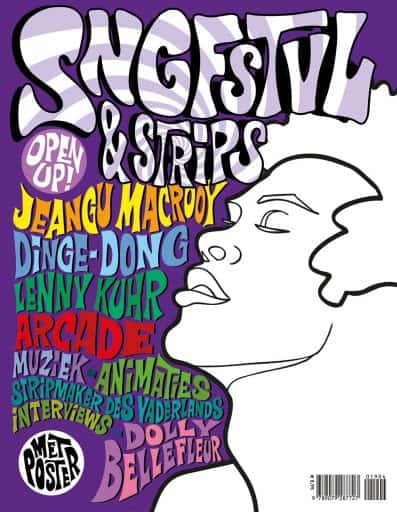 Our Comic Artist Laureate Margreet de Heer made and collected comics about Eurovision. In Dutch.
8,95

All books will be sold before, during and after the show.