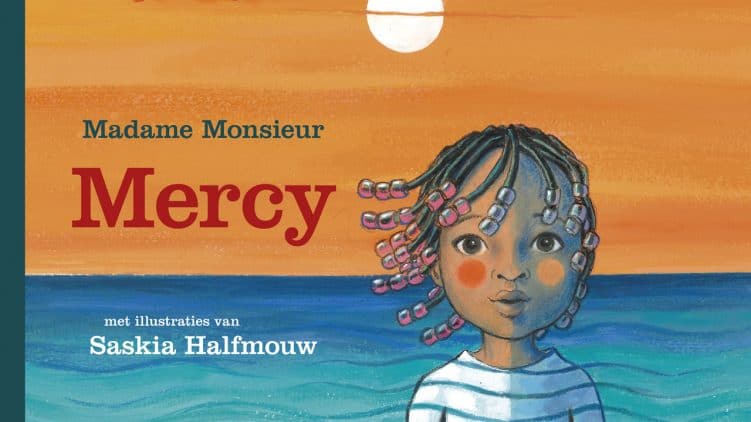 More about France More from 2018

The lyrics of Mercy, the song that pop duo Madame Monsieur sang for France at the Eurovision Song Contest of 2018, will be published as a picture book in the Dutch language.
The illustrations are made by Saskia Halfmouw.

Origin of the book
Emilie Satt and Jean-Karl Lucas (Madame Monsieur) saw a message on Twitter about baby Mercy, who was born March 2017 at the Aquarius. This vessel of the humanitarian organization SOS Méditerranée, had just saved her mother, as well as many others, from a refugee boat.
Madame Monsieur wrote a song about it and were chosen to represent France at Eurovision.

They came to Eurovision 2018 with a story. On Twitter, the two members of Madame Monsieur, Émilie Satt and Jean-Karl Lucas, learned about a baby named Mercy, born a refugee, on a boat in the middle of the Mediterranean sea. The sincere lyrics of their song were awarded our ‘Best Lyrics Award’. One year later, they are back to Eurovision … »

In an interview with our site (see at the right) they talked about their idea to have the lyrics illustrated in a picture book. At that point Dutch artist Saskia Halfmouw was already inspired by the song and had made an illustrated ode for Eurostory. All this came together and now there will be a picture book, which is going to be published in Dutch in April 2020, by De Eenhoorn.
The text was translated by children’s book writer and Eurostory editor Edward van de Vendel, and apart from the lyrics the book will contain an epilogue in which Emilie explains the story of Mercy, the song and Mercy the girl, since the duo is still in contact with her and her mother.

The publishing house works on contacting foreign children’s book publishers, in order to get the book translated in other languages as well, starting with the French language.

The past five years Eurostory has been writing about THE STORIES that hide behind THE EUROVISION SONG CONTEST. This April we present the most precious ones, during   THE STORIES OF EUROVISION book presentation – theatre evening – concert April 10, 8 pm, De Doelen, Rotterdam tickets? here   A unique night full of storytelling and singing, with the presentation … »

Presentation
Madame Monsieur will share their story during a public book presentation, organized by Eurostory, in Rotterdam at April 10th 2020. The group will also perform in this event. Here you can read more details about the presentation. 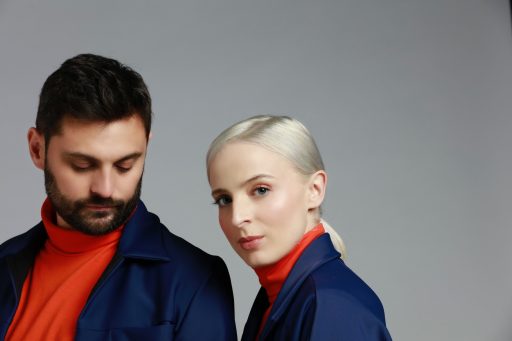 Emilie Satt and Jean-Karl Lucas:
‘Je suis née ce matin, je m’appelle Mercy – I was born this morning, my name is Mercy.
March the 21st of 2020 Mercy will be three years old. That day we will celebrate the birth of a song, but especially the birth of a real life little girl that moved so many people during Eurovision 2018.

After receiving messages from children, parents and teachers from different cultures and in different languages, the idea was born to make a book in which our words would be accompanied by images. A plain and simple book, in which the people we usually call “migrants” will be given a face.

Thanks to Edward van de Vendel, Eurovision lover and author of children’s books, this book now will be published in Flanders and The Netherlands, by publishing house De Eenhoorn. The writer’s royalties will directly go to Mercy and her mother Taiwo, who momentarily reside in Italy.

Coming spring we will rediscover Mercy’s story in Rotterdam, along with the powerful and at the same time tender images by Saskia Halfmouw.’