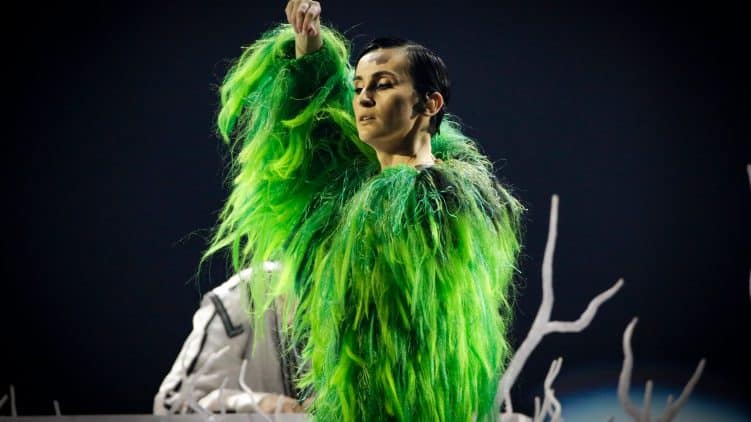 More about Ukraine More from 2021

Probably the most striking song of this year is called SHUM and is performed by a band with a somewhat peculiar name: Go_A. The group presents Ukrainian folklore in an electronic way and is led by singer Kateryna who uses a vocal technique that resembles a controlled scream. But just like The Scream by Edvard Munch, the Ukrainian song is a scream that you will not soon forget. Because Ukraine surprises, seduces and amazes. Eurostory visited the Ukrainians and talked to them about the importance of the Eurovision Song Contest, literature and that one – fine – period of the year.

You sing in your own language. For those who are not familiar with the Cyrillic script, it is quite difficult to find out what SHUM – your entry for Rotterdam 2021 – is all about. Could you explain the meaning of SHUM to our readers?
SHUM is about the awakening of life in a global sense. To our anсestors, spring symbolized the awakening of life itself, however for the moment we live in, the song has a broader meaning. We all see what we are doing to this world, to nature and life and if we continue to do so there will be nothing left for our children. Still, nature can exist without people and people… well, you know. So for us SHUM is a call to look around and realize that it’s up to us all to make this world a better place. But we should do it together. We call on the spirit of Shum to wake sleeping people up and bring them joy and light.

The longing for spring, and bringing it to life. And at the same time, a reference to the time in which we live. But what does spring mean to you? And in a broader sense, what does spring mean for Ukraine?
For our ancestors spring was the most important part of the year, because it was a sowing season and our ancestors lived and earned mostly from agriculture. In 2021 it’s more about hope for better times with regard to the almost never ending lockdown.

More about Ukraine More from 2020 (Cancelled)

Both Solovey and SHUM – your Eurovision entries – are based on an old Ukrainian tale. Could you share both tales with us?
Although both Solovey and SHUM were inspired by folk songs we tried to put a slightly different meaning to them. The original inspiration for Solovey was basically a love story but it didn’t end well for the girl the story had been about – she just fell in love with the wrong guy whose mother was against their relationship. As for the original dance-song called Shum, it’s about the spirit of forests and the awakening of spring – that’s why Shum wears a green coat, symbolizing fresh green leaves.

Why do you think it is important for Europe to learn about Ukrainian folklore? What lessons can the rest of Europe learn from these old stories?Folklore is a huge part of Ukrainian culture and we think that it’s very important to know your cultural roots to understand where you’re going. If you know and understand your past it’s easier to think about doing right things in the future – for yourself and for all the people around us. We all live in one world but at the same time we are all unique – that’s critical to understand for achieving peace and love in every corner of our planet.

SHUM has a strong connection with the area where a terrible nuclear disaster took place in 1986. What role has the nuclear disaster played in your personal lives? And why do you think it is important to share the story of Chornobyl with the rest of the world, as you did for example in this promotional video that was posted on the official channels of the Eurovision Song Contest not long ago?
The Chornobyl nuclear disaster affected everybody in Ukraine. Many Ukrainians who were born after 1986 were having constant health issues because of radiation. A lot of people from the Chornobyl region with their unique culture had been forced to leave their homes and so that part of our culture began to vanish gradually So we wanted to point out that Chornobyl isn’t only about a technological disaster, but also about people and their culture. 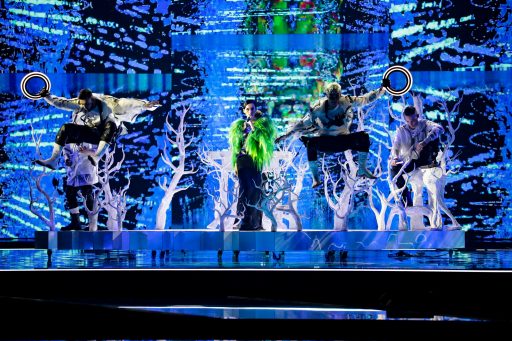 When some people think of the Eurovision Song Contest, they think of pyrotechnics, outrageous costumes, flawless vocals and catchy melodies, but for the writers of Eurostory, this is only the beginning of the attractiveness of the song contest. We are writers, so we pay extra close attention to the lyrics. Which sentence from your second Eurovision entry would you say is the most beautiful? And why?
We think it’s the beginning of the second verse.
Pryydy, pryydy, vesnyanochko, – Come, spring, come,
ta y ne zabarysya. – don’t wait around.
A my vyydem na yulytsyu – We’ll go outside
budem lyubytysya. – to love each other.

When spring comes to the world in a global sense, nature regenerates and ‘sleeping’ people wake up from their sadness, rage and despair, it’s time to sow joy and happiness so that everybody in the world can finally be happy.

Many people watch the Eurovision Song Contest. And countries that would normally be diametrically opposed to each other suddenly become fraternal. It is therefore clear that the contest is about music and not about opinions. Why do you think Eurovision is so important for Ukraine? And why is it important for you as a band?
Eurovision Song Contest is very popular in Ukraine, there are a lot of fan-clubs and the Contest is broadcast on our national TV channels. Maybe that’s because Ukrainian is a very musical nation and Eurovision is about the celebration of music. And of course Ruslana’s and Jamala’s victory had a big impact on the Eurovision image in Ukraine. For us it’s an honor to be Ukraine’s entry for Eurovision and it’s important for us to show Ukrainian culture and music to the world.

The old man and the sea by Ernest Hemingway –Old fisherman Santiago has not caught a fish for 84 days. On the 85th day, he has a big fish on the hook. It turns out to be a marlin, which he is unable to bring in. The animal is so big and strong it takes his boat in tow. Santiago does not give up the fight and persists for two days and nights until he is wounded and exhausted. But the battle continues, and ends in tragedy. The old man and the sea was awarded the Pulitzer Prize in 1953 and, among other things, earned Hemingway the Nobel Prize in Literature. 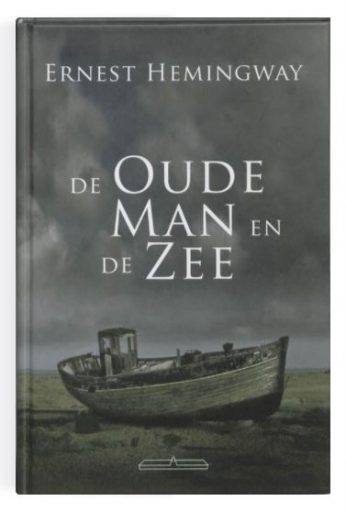 Imagine, it will be the summer of 2022, one year after the Song Contest. Go_A has achieved a great final ranking. And mankind has dealt with that devastating pandemic. What do you hope the world remembers about Go_A?
First of all, we believe that there’s life after Eurovision. So we hope in 2022 we’ll be touring the world and saying thank you to everybody who believed in us. But still, our goal at Eurovision is to introduce the world to our Ukrainian music and culture to the world and of course we hope we’ll be remembered for that.

And finally, I am very curious about your favourite books. May I ask you – all four of you – for a title and an author? And why is that particular book so important?
Taras’ favorite book is Lord of light by Roger Zelazny. Besides Ukrainian culture, Taras is pretty much into Hindu culture and Buddhism and this book has a lot to do with those topics. Besides that, the book shows that it’s easy to control people by making them believe in something but also it can be used to set people free. Ivan’s favorite book is The old man and the Sea by Ernest Hemingway, because this book shows a strong will to live and be free but also that one should respect all life and nature. For Ihor, his favorite book is A little dark by Lubko Deresh, because everything in this book corresponds to present time and it can be happening right now on the street next to you. Last but not least – Kateryna’s favorite book is The adventures of Tom Sawyer by Mark Twain. Why? Just because.

Interview with ONUKA, the interval act of Eurovision 2017