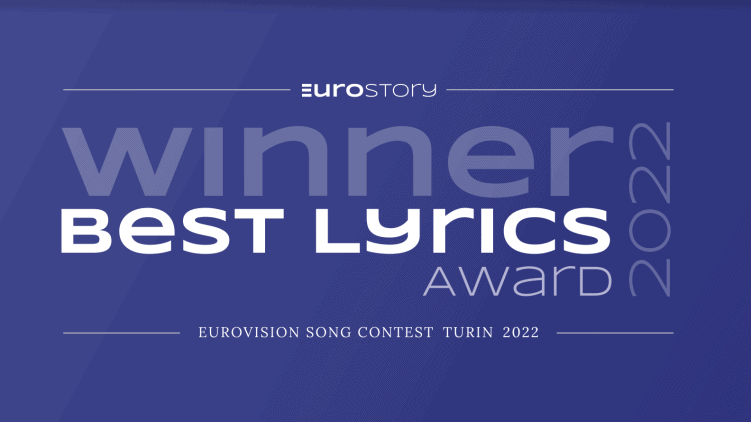 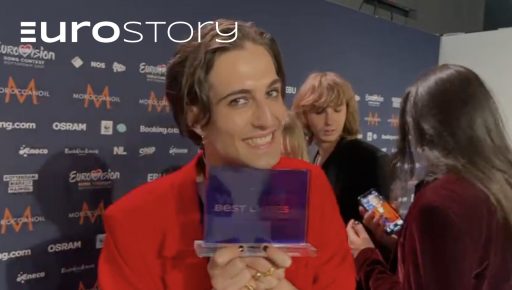 To highlight the art of writing song lyrics, for the sixth time www.eurostory.nl hands out the Eurostory Best Lyrics Award – an award for the best song lyrics from this year’s Eurovision-songs. Previous awards were won by Ukraine (2016), France (2017, 2018) and Italy (2019, 2021). This year six entries are nominated, and in the coming week every day two nominees will be announced. For this occasion we asked illustrator Saskia Halfmouw for a unique visual interpretation of every nominated song.

Måneskin: ‘This is so special!’
The Eurostory Best Lyrics Award is a growing phenomenon in the Eurovision world. In 2021, only days before winning the Eurovision Song Contest, the Italian band Måneskin received the Eurostory Best Lyrics Award for their song Zitti e buoni. ‘This is so special,’ singer and lyricist Damiano David reacted while holding the trophy. ‘For the first time in my life I receive an award for my lyrics. I will never forget this.’

Their song was chosen by an international expert jury of more than 60 published book writers, journalists, editors, songwriters, translators and former Eurovision participants from 17 countries, as well as more than 40.000 readers of eurostory.nl.

This week: two nominees every day
Like previous years the Eurostory Best Lyrics Award will be determined by online votes (25%) and an international expert jury (75%). Six countries are nominated for the award of 2022. They will be announced on eurostory.nl in the coming days – two nominees every day. On April 22nd, when all the announcements are made, the online voting will start. The winner will be announced during Eurovision week in Turin. Keep following our website for the latest news!

Stay tuned!
The six nominees for this year’s award will be revealed one by one throughout the next few days, starting today! 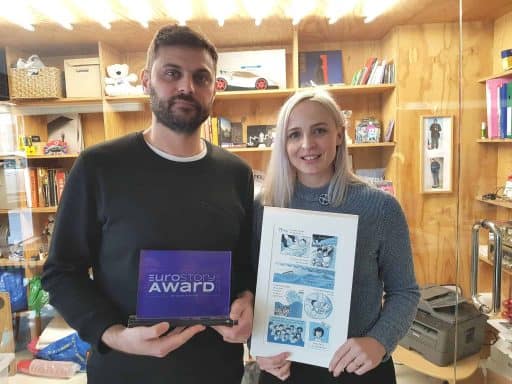 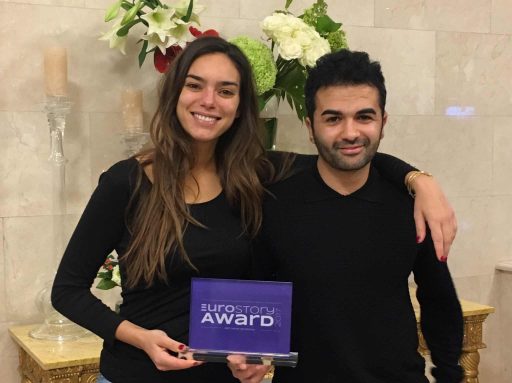 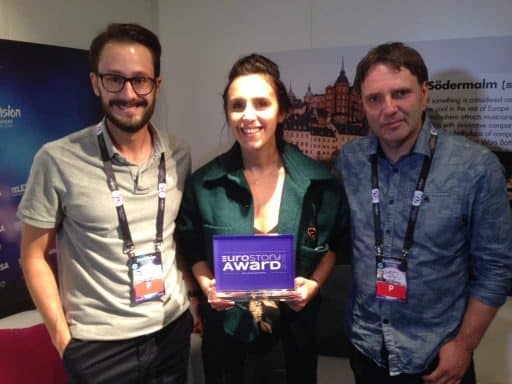