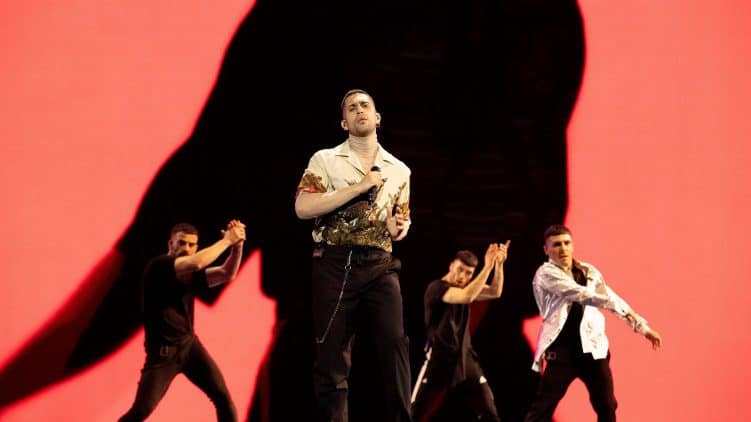 To highlight the art of writing song lyrics, www.eurostory.nl hands out the Eurostory Best Lyrics Award – an award for the best song lyrics from this year’s Eurovision-songs.

This year’s award is won by Italy: song writers Mahmood and Dardust, for the lyrics of their song Soldi.

Who’s in the jury?
The winner was chosen by an international professional jury of sixty five published book writers, journalists, editors, songwriters, translators and ex-Eurovision participants (75% of the votes – list of names: see below) – as well as the readers of www.eurostory.nl (voting through the website, 25% of the votes).

The lyrics of ‘Soldi’ are painful and beautiful at the same time. A boy reflects upon his relationship with his father. He talks about the sweet things that the father used to say: (‘waladi habibi’, ‘my son, my love’). And about how he always used to ask his son: ‘How are you doing?’ (‘Come va?’) But the father went his own way, leaving his wife and his young son and, years later, that ‘How are you doing?’ has become an empty question. Because what the father actually wants is ‘soldi’. Money. The lyrics touch in brief upon all kinds of nuances of anger and sadness. The writers, Dardust and Mahmood, have introduced a great deal of variety to the words. There are cinematic sentences that could have come straight out of a short story, such as the beginning with the shisha and with Jackie Chan on the TV. In other sentences, which are more like rap, the father is addressed directly (‘Dimmi se ti manco o te ne fotti, fotti’, ‘Tell me if you miss me or if you just don’t give a damn’). Another strong point is the little differences in the ‘come va’ lines, which mean that the story is told in a slightly different way every time. ‘Soldi’ gives us an insight into the lives of three people (father, mother, son) and is very real, powerful and full of despair, but even in the midst of all that rage maybe there is just a little hope too.