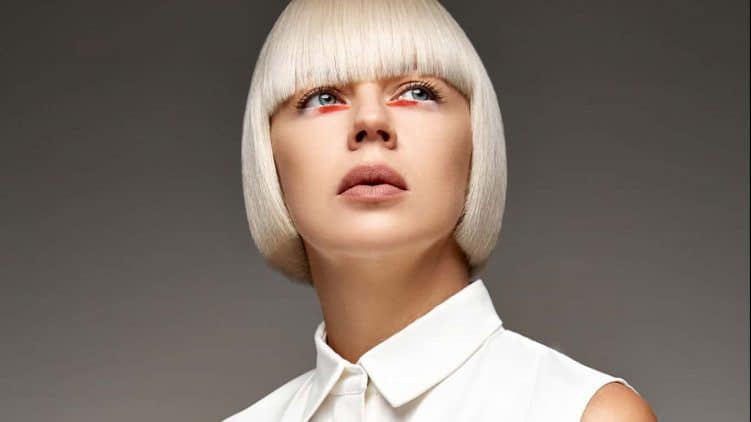 Interview with ONUKA, the interval act of Eurovision 2017 Singer Nata: ‘Chernobyl has always been a topic of personal matter for me…’

This year’s interval act for the Grand Final of the Eurovision Song Contest, the experimental electro band ONUKA, will blow you away. They’ll bring electronic drums, trombones, French horns and Ukrainian folk instruments like the bandura and the sopilka to the the stage, combining traditional and modern elements to showcase Ukraine as a nation that is just as firmly rooted in the present as it is in the past. Plus, the band has a message. Their second EP, Vidlik (2015), features five tracks about the Chernobyl disaster and its impact on Ukraine. We asked leadsinger Nata Zhyzhchenko what Chernobyl meant to her and what she thinks of Eurovision.

Your last album is almost entirely devoted to Chernobyl, especially the song 1986 (the year when the disaster happened). What does Chernobyl mean to you? What are your childhood memories of the catastrophe? And what role does the disaster currently play in your life?

Chernobyl has always been of personal interest to me. My father was a liquidator of the Chernobyl accident. So as a child I was already familiar with it. My dad was absent on his watch, and I didn’t know why he was always disappearing. My curiosity grew. I tried to learn as much about it as I could, but unfortunately, there was not enough information when I grew up. Several art books and a couple of documentaries were all that I could find. When internet came along, things changed. There were new facts, new knowledge.

I have a degree in ethnoculturology. And when the time came to write my thesis, it had to be about the cultural impact of the Chernobyl disaster on the woodlands. It analyses the musical material of those who remained in that area, and those who were evacuated. It were mostly elderly people that stayed behind.

Today Chernobyl is a source of inspiration for me. I visit it regularly. The alienation zone is a place where I feel just as comfortable and quiet as anywhere else. If you put the accident, tragedy, ecology and history aside, it’s a very nice place. There are Ukrainian woodlands, shrouded with human silence. There are almost no people. And those who are there, are very special. The most interesting place, of course, is Pripyat town. With its silent houses, schools, libraries, theaters and hotels. It is a cradle for Soviet architectural thinking: it’s a sad looking urban mosaic, a piano on the stage, vinyl in the store, the soda machines are simultaneously frightening and majestic! I believe that cities have souls. You can feel it there more than anywhere else.

This is one of the best places in the world for me. I always feel a special surge of inspiration and new ideas when I’m there. I’ve been working on new songs for a long time. I always try to do my best. I think that the Chernobyl problem is still very relevant, despite the fact that society and the media have moved on. Only people who were personally affected and those who have lost their loved ones or have been forced to move from their home really remember this tragedy. I’ll be happy if Onuka and our music will recall this important event in our history and get people to have a fresh look at it.

During some interviews you recalled your grandfather, Oleksandr Shlyonchyk, that your band was named after. You mentioned that he formed your understanding of a ‘Homeland’ notion. Can you tell us something more about that? And what ethnocultural message do you try to convey during your Eurovision-performance at Saturday?

My grandfather is a real legend. People often said about him: ‘The best master among musicians and the best musician among masters.’ He created, restored, revived and invented hundreds of instruments during his life. He made me my first ‘sopilka’ and taught me how to play it, largely predetermining my life. Among the things he taught me and what I will remember forever, is always to remain human. I would like to be true to that in any situation.

My grandfather was a man who ruled the world. He was the head of the family as well amongst his friends and at the factory he worked at. Such a personality, a titan and a very charismatic person. He was very wise, talented and erudite. He fought for his country, was wounded, captured and thrown to the Nazi’s camp which he successfully fled from. I had a close relationship with him since childhood and we have always been kindred souls. My grandfather was a very strict man, but he melted and became very tender when I came along. When he grew old, he became quite sensitive. Apparently there was no strength left for his strong character. He had many grandchildren, but only me, his only granddaughter, continued his musical path, learning to play the ‘sopilka’.

In Ukrainian language ONUKA means ‘granddaughter’. It is a reference to my grandfather who taught me everything I know, introduced me to the world of music and showed me how to love Ukraine. But my musical life has been affected by many people. My mother for instance, who abandoned her musical career and devoted herself to my education and formation. When I was fifteen years old, I’ve became influenced by my brother, who knew a lot about electronic music. Then Yevgeny Filatov came along. He believed in ONUKA and was able to open up my potential and skills.

Folklore, folk-lore, means ‘folk wisdom’. It is knowledge filtered by centuries. These are our roots, from which we came and to which we’ll return. I want the world to discover at least a part of this greatness through the prism of the present!

In January 2017, you came to the Netherlands to play on Eurosonic (Groningen) and in Het Paard van Troje (Den Haag). Do you feel any difference between concerts in Ukraine and abroad, especially in the Netherlands? What do you think Dutch people can learn from your music and texts?

I was very worried, because I felt responsible. I remember it was very beautiful. A lot of people came to support us. Both Ukrainian and foreign listeners. It was nice to hear English cheers mixed with Ukrainian flags in the crowd. That is the most important thing in our work and we are working hard to expand musical boundaries!

In April, your band has revealed that you will be performing in Grand Final of the 62nd edition of the Eurovision Song Contest. That’s a great opportunity to share your wonderful music with 205 million television viewers. How did it happen that you became interval act of this Eurovision? What does this moment mean to you? And what does Eurovision mean to you? Do you have memories of the festival (for example, Ruslana’s victory in 2004)?

Thinking of that I see my destiny leaning against the wall, smiling at me. I never expected my musical path and the Eurovision Song Contest to meet. After all, we make electronic music, and Eurovision is still a vocal contest of pop songs. But then several factors took place. Jamala’s victory, which brought this amazing contest to Ukraine this year, the courage of the directors, who asked us to perform at the competition, which will greatly surprise many spectators and, partly, our own development towards a bigger show. I am very grateful to my team. I think it will be a bright, unusual and memorable performance.

Running for your life – to join Eurovision

Eurovision in times of Corona

Interview with our Eurostory Winner – surprise cameo by Amir! (VIDEO)