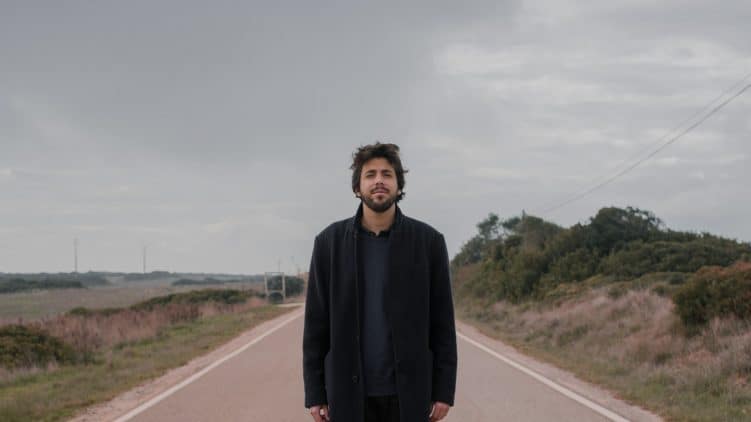 More about Portugal More from 2017

Salvador Sobral (Eurovision winner 2017) is touring through Europe. On the verge of his Dutch tour we got to ask him some ‘difficult’ questions.

During your concerts we see you jump, run, pause, concentrate. In what way do you feel performing on stage is comparable to playing sports – let’s say: football?
It’s curious because actually, I’ve been thinking about that lately. In football I am very rational, I play simple, pass the ball quickly, try to make smart and productive decisions, play defense. Which is all the opposite of what I am in all the other areas of my life, including music. I’m super emotional, I play offensively, I improvise a lot and take decisions based on instincts and not reason.

You seem to be a person that also likes to read, to have quiet time with friends. So… what does attention, applause and praise to a person who also values these things mentioned above? How do you change yourself from the introvert dressing room-kid to the outgoing stage-star? And vice versa?
I like to take profit from every situation in life, being it a concert full of people or a book full of  meaning. It is the transition between these two that is delicate. When I play in big theaters and the concert is over, I can’t go straight to the hotel room and read, that would destroy me. I need a middle ground. That’s why we always go out for a drink with the band after the gig.

One thing that stands out in your performances is the way you convey the lyrics, the story of the song. Even for non-Portuguese speakers. At the same time you’re a jazz musician. So, what is more important to you: the musicality of a text, or the meaning? Could you ever see yourself making ‘non-storytelling’ songs, where sounds are everything and words less important?
The biggest weapon for the singer is the word, which no other instrument has. So I don’t think I would do music without words, at least not for now.

Talking about lyrics: what lyrical part of Amar pelos dois would be your favourite? Also: what character do you see telling us this story of begging for love? Do you picture a ‘someone’ or is the song sung from an abstract ‘person’?
I like the simplicity of the lyrics. It is something that my sister does very well, tell a story in a very simple way but very deep nonetheless. When I sing the song, I just sing, I’m not thinking about anything, I don’t see anything. I just sing.

We know you love languages. Here’s our difficult question: don’t you think languages could be compared to persons? We’d say: English is like a smooth 43-year old businessman that goes to the gym after work. If you agree in any way: what kind of persons would Swedish, Portuguese and Dutch be?
What I think is: with each language we assume a different personality. Which is crazy. I guess we are influenced by what surrounds us in a specific language. People that we know, movies that we watched. For example: I feel that in English I’m way more sarcastic than in all the other languages, because I learned it as a teenager watching all those American sitcoms that live on sarcasm.

You are currently doing some concerts in which you sing Jacques Brel’s songs! If you were a music teacher educating beginners in the Brel-lology, what three songs would you make them listen to?
1.Ne me quittes pas, 2. Amsterdam and 3. Vesoul.

We talked to several Eurovision winners. Our own Dutch 1969-winner said: ‘One of the things you will always carry with you in your life after the festival is this golden glow – the feeling you were a number one.’ Jamala (2016) however said: ‘I think Eurovision is somewhat similar to the Olympics. As for the pleasant things – your nation gains popularity instantly, it gets into the center of attention, everyone talks about it. But there is a downside, however: the performer happens to depend on the song that has won. Throughout the year before the next Eurovision, you become its hostage, which is rather boring.’
Can you relate to either of these answers?
Eurovision has helped me a lot in my career. In what other way would 200 000 people watch me sing at the same time? Now I don’t feel like I’m a hostage to that song. During concerts I only play it if I feel like it. Sometimes I don’t play it at all.