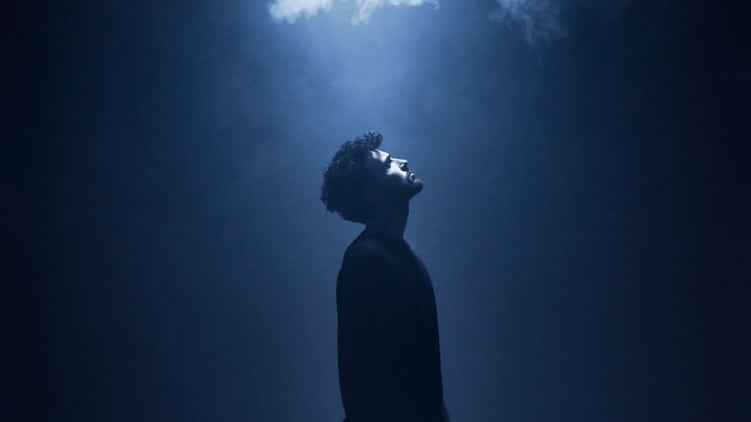 More about Netherlands More from 2019

Duncan Laurence will be singing Arcade for The Netherlands in the grand arena of Eurovision 2019. What was it again that the Dutch representative Waylon said last year? ‘Participating in the Song Contest is the musical version of participating in the Olympic Games.’ One could argue that Waylon’s years of experience counted as a proper training for the event. But Duncan, he’s just a newbie, isn’t he? A small-town boy in a big arcade?

Experience
Well, newbie… Not so much. Five years ago he had weekly appearances on The Voice of Holland, and if you’d like to listen to him sing, please click here, and here, and here, and here, and here. Since then, he’s been adding to his experience. He attended the Rock Academy in Tilburg (from which he graduated with a 9 out of a perfect 10), he performed quite often, he is a vocal teacher, he composed (sometimes in collaboration with others), he sang duets with Glennis Grace and Sjors van der Panne, among others, and stayed in touch with his captain in The Voice, Ilse DeLange (who we all know as the leading lady of The Common Linnets). She introduced him to the Eurovision selection committee, after she’d heard the song – thanks to a Dropbox-connection to Duncan. It was called: Arcade. So, Duncan may be young and somewhat of a newbie, but he’s been working towards this point for several years. This is one of the reasons the broadcasting company isn’t afraid of any trembling in Duncan’s voice, when he hits the Israeli stage. Release
The song was showcased with a serene video, made by photographer Paul Bellaart, in which we see a naked – liberated – Duncan swimming towards the water’s surface. Vulnerable and open, just like the song. Very rarely has a Dutch Eurovision release garnered so much international resonance. Bookmakers immediately elevated it into a number one position and Duncan had no problem qualifying for the finale. And that turns Duncan at once into our fastest runner in Tel Aviv, our most valuable player of Eurovision.

I don’t need your games, game over
Get me off this rollercoaster

Broken pieces
What is the song about? Arcade’s lyrics provide us with two important images. The first comes right at the beginning: A broken heart is all that’s left, I’m still fixing all the cracks. Lost a couple of pieces when I carried it, carried it, carried it home.

Especially that latter image is strong: we see someone with arms full of broken pieces – fragments of his heart that he is trying to bring to a safe place. But he cannot keep all the pieces together; a few shards slip through his fingers and remain behind in the street.
That is what a true but failed love does to someone. You can attempt to valiantly keep all the pieces together after the blow-up, but there will always be a few tears in your heart that you will see indefinitely. Why? Because by the time you started gluing things back together, it turned out some of the pieces had been lost along the way. Forever.

Arcade
The main metaphor is that of the amusement arcade. The ‘I’ from the song became addicted to the wrong attraction: we were always a losing game – ‘it was a hopeless game from the beginning’. This love, Duncan sings, was like one of those coin-operated machines that you can keep feeding money into, believing in vain to hit a jackpot – and after a while you have to admit: I spent all the love I’ve saved.

Grey
That is a very sad conclusion. But Arcade isn’t necessarily about failed love alone. The lyrics may just as well allude to moving house, to a new experience in a different environment, to loneliness after something – anything – has failed and you have to find a new way. It may allude to whatever comes next after the game over. In this regard, there is a very interesting Facebook post by Duncan himself, dating from August 2018, in which he wrote: ‘I have struggled with who I am. People like to put other people into tiny little boxes. […] but I  know that’s just the easy way of seeing the world. Seeing either black or white, but never grey. I refuse to live in a box. I’ll create whatever I want to create, I’ll love whoever I want to love […]’

Self-willed
Even though the first version of  Arcade was written after someone in Duncan’s surroundings was wasting her life over a lost love, the lyrics also touch upon the essence of his own conviction: don’t spend all your money on something that doesn’t even suit you (‘losing game’), and think more in terms of grey. Be self-willed. Be authentic. And especially that last bit just so happens to be the best route to Eurovision. Any mediocrity will be flushed into the drains of the semifinals. On average, self-penned songs are awarded a higher ranking than the products ordered from hit-making machines.

Cinematic
The self-willed aspect, the obstinacy, is also visible in the production of Arcade. Duncan composed the song himself, with the aid of Swedish Joel Sjöö. Who loves ‘soulful songs that tell a story’. The Rotterdam based producer Wouter Hardy completed the line-up, giving us a strong, cinematic song, with small scratchy sounds at the beginning and ending, as if we’re listening to an old vinyl record, with some heavenly choirs here and there, with exciting chords and a chorus that makes the listener straighten his spine.
Add to that Duncan’s special voice, with a colour that reminds us of Italian storytelling pop singers such as Marco Mengoni (Eurovision 2013, seventh place), a voice with a very impressive range, able to reach sudden heights. All in all, we have a confidence-inspiring submission this year.

Blown away
In Tel Aviv Duncan Laurence has the creative support of Ilse De Lange – support that once began with a solid whack on a red buzzer during the blind auditions for The Voice in the Fall of 2014. She is partly responsible for the staging of Arcade, with the help of Hans Pannecoucke (artistic director) and Ignace d’Haese (light). Although everything started with the selection committee. There can be no doubt that they had all sorts of offers on hand, but as soon as they heard Arcade they were all (as related by the managing director of the broadcaster) ‘blown away’. Enough said.

Duncan Laurence: how it all began