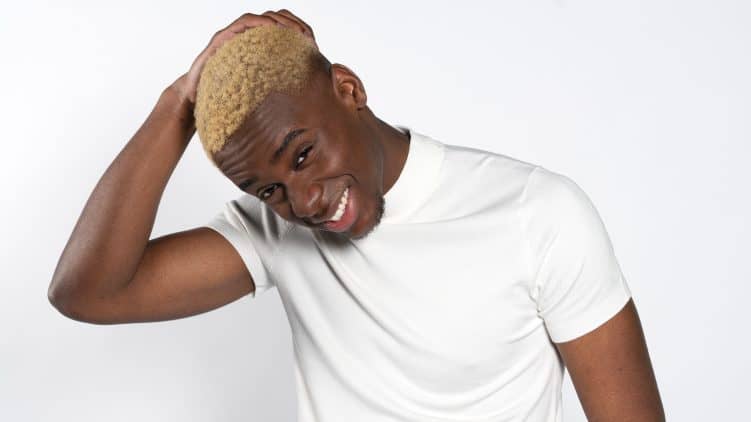 More about Belgium More from 2022

The Walloons were the very first: in the autumn of 2021 they announced that Jérèmie Makiese would be representing Belgium at the Eurovision Song Contest 2022. Who is he and what is he singing? An introduction.

Miss you
But first: although the Belgians were very quick in announcing their artist, they were one of the last ones to announce the song. Jérèmie Makiese sings Miss you. He wrote the lyrics and melody himself, but was later supported by various veterans in the music industry in making it into an infectious mix. A bit of pop, some soul, even some hiphop, oh, and: some classical. ‘I just love music,’ Jérèmie said. ‘All types of music.’

Story
Jérèmie was born in the Democratic Republic Congo, has been singing since he was three years old, has been living in Belgium since he was six, and speaks both French and Dutch. After he won The Voice Belgique, he mentioned in an interview that he wouldn’t mind competing in Eurovision. People listened.

And speaking of listening: check out his two versions of Jealous by Labrinth – The first time, during the blind auditions, Jérèmie’s phenomenal voice is what stands out. In the second rendition, during the final, he shows just how fantastically capable he is of telling the song’s story. And if there’s one thing that benefits you at the three-minute Eurovision party, it’s the ability to speak directly to everyone watching.

Jérémie Makiese – Jealous, during the final of The Voice Belgique

What else?
Aside from being a singer, Jérèmie is an athlete too. Last year he signed a contract to become a goal keeper at Royal Excelsior Virton. An even quicker further introduction:
Who’s your idol?
’Michael Jackson.’
What’s your biggest wish?
’Making the people around me proud.’
Who would you love to collaborate with?
‘In Belgium: Damso and Stromae. Worldwide: Chris Brown.’
What’s your advice to anyone wishing to get into music too?
’Be brave.’

Predecessors
On average, the Walloons did quite well in previous Song Contests:
2019 – Eliot with Wake up (thirteenth in the Semi Final)
2017 – Blanche with City lights (fourth in the Final)
2015 – Loïc Nottet with Rhythm inside (fourth)
2013 – Roberto Bellarosa with Love kills (twelfth).
What they have in common? They all competed in The Voice Belgique. Jérémie is thus using his voice, his perseverance, and indeed, his courage, to venture into the biggest adventure of his life.
With Miss you in his pocket, Makiese has a chance at Turin to become something very rare indeed: a goal keeper who scores.

Belgium is one of the very first participants of the Eurovision Song Contest. The participants are picked alternatively by the Flemish and Walloon parts of the country. On average, the Walloon (French-speaking) entries have been more successful. Belgium won once with thirteen-year-old Sandra Kim in 1986 with J'aime la vie, and came a close second twice (in 1978 and 2003).
Everything about Belgium

Bulgaria: the song that leaves us speechless