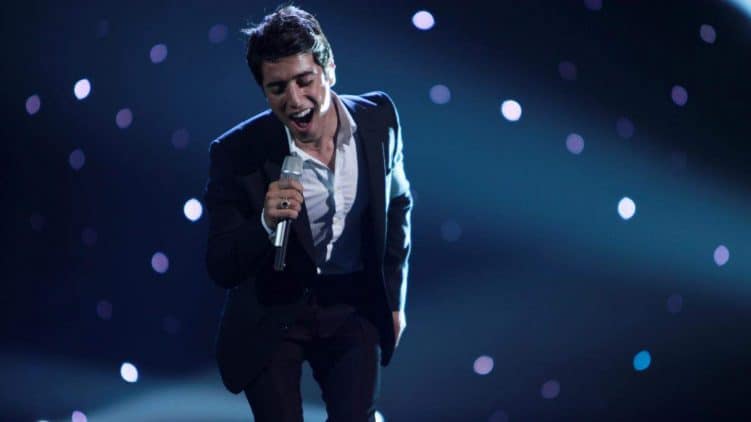 More about Israel More from 2010

The most beautiful Israeli entry for the Eurovision Song Contest ever was selected in March 2010, approximately six months after my father passed away rather suddenly.

I was nineteen years old, a journalism student who still lived at home with his mother. Her grieving process had a few jagged edges. She wasn’t just sad; every now and then she’d just get angry. With me, with my brother, with our neighbour or the insurance company’s telephone operator. For me, it was difficult to understand, and that’s why we hardly ever talked about it.

We spoke about other things, such as my education, and my approaching trip to the Eurovision Song Contest as an intern of the Nijmeegse Stadscourant. My mother listened to all the songs and then choose her favorite: Israel. Harel Skaat with the moving ballad Milim. I played the song on my computer and discovered one of the best Song Contest lyrics of all time.

The best way to read these lyrics is as one of King David’s psalms from the Bible. King David wrote these in the most emotional moments of his life: after huge triumphs and successes, but also in moments of fear, sadness or even shame for something he had done. Milim contains these same ingredients – metaphors, vague sketches of intense experiences. The song is dripping with emotion in a very visual way; it’s a song full of sadness and doubt, perhaps due to a lover leaving him? The lyrics contain several hints in this direction, and yet it seems that the author mainly feels abandoned by God.

The Eurovision Song Contest 2010 took place in Oslo. I travelled there by myself, but as soon as I’d arrived, I became friends with a handful of Israeli journalists. This gave me the chance to hang out with the Israeli delegation. A few days prior to the semifinals, I was presented with the opportunity to interview Harel Skaat in his hotel, circumventing the press centre’s bustle and commotion. I told him that his song meant so much to me, and to my mother.

He told me that he had had many honest and personal conversations with the lyricist, Noam Horev, during the time they were writing Milim. He confirmed that Milim was indeed partly inspired by the psalms of David – one specific psalm, to be more precise: Psalm 22. The psalm that opens with the words: ‘My God, my God, why hast thou forsaken me?’ – words that were written by King David, but that became famous after Jesus repeated them before perishing on the cross.

A few lines further on in the psalm, the author literally asks for answers, which is what Harel Skaat also does in Milim. He asks, he calls. There is a certain tone of despair in the manner in which he addresses God in the refrain: Elohim, heshart li rak milim – ‘My God, you have left me with nothing but words.’ Just words, neatly organized books. My mother hasn’t said it in so many words, but this is what she must have felt on occasion: anger. It wasn’t actually directed at us, or at our neighbour, it was intended for God.

Harel Skaat – Milim (subtitled both in Hebrew and English)

Elsewhere in the refrain words are depicted as a bouquet of locks. Encrypted information, if you will; a wall of code between God and humans, a wall that refuses to reply (kirot shotkim achshav). ‘But you cannot remain silent forever,’ Harel Skaat told me that afternoon in his hotel room. ‘There comes a time in which you have to talk about it. Or sing about it. It’s better to be angry with God, than to stop speaking to him altogether.’

Harel Skaat didn’t mention what these conversations between him and lyricist Noam Horev had been about. He did not elucidate on the kind of sadness that had, perhaps only temporarily, been standing between him and God. What he did do was present me with a signed copy of his album. ‘For your mother.’

That was the beginning of a tradition. As of that moment I brought the album of my mother’s favourite Song Contest song home with me, to give to her. Not seldomly did she choose more moving ballads full of intriguing texts, such as the submissions from Serbia in 2012 or Lithuania in 2018. Although none of them were quite as excellent as Harel Skaat’s Milim.