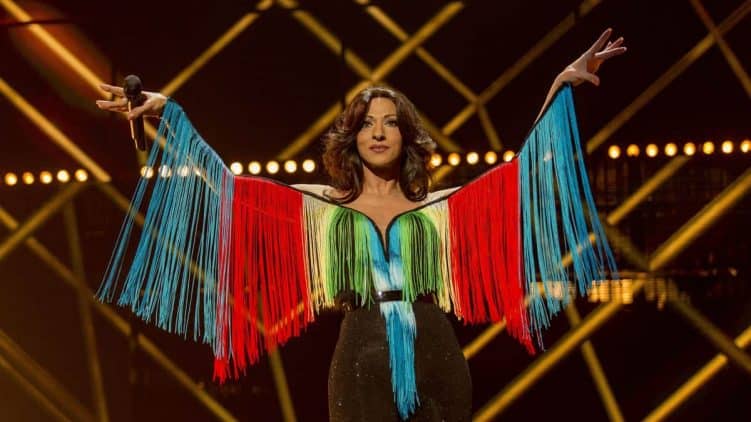 In 1998 I was five years old, an age when you don’t think about what’s happening outside the walls of your own home. My world consisted of my toys; giving names to my stuffed animals and building Duplo castles consumed all of my attention. I was old enough to watch TV, but too young to stay sitting on the sofa for 25 songs. My mum had probably put me to bed long before Dana International stepped onto the stage.

So I wasn’t there, but I like to imagine it: the look on all those faces as she walked forward with her arms spread wide open as if she wanted to initiate an embrace.

More about Israel More from 1998

I imagine, that night, a girl lying on a rug in front of the television deciding, from that moment on, to stop wearing low-slung jeans and to let her spiky hair grow into long blonde locks.
And, in a noisy living room, a man choking on his beer and being mistaken with his remark, ‘Transsexuals and transvestites are the same thing.’
And, hidden away in a bedroom, a boy recognising himself on TV – finally – and daring to say so the next day.
And a conversation opening up between students who were not yet familiar with Butler’s gender theories, but who would soon be circulating them as important study material.
And a man in a pub reconsidering his earlier statement that a man could never become a woman and falling in love that night.
And people in so many living rooms talking about it, thinking about it and hundreds of transgender people seeing themselves on television and winning that night, along with Dana International.

Now, almost twenty years later, I watch the images again on You Tube. The website allows viewers to watch not only videos of vloggers playing games and performing stunts, but luckily also all of the performances at the Eurovision Song Contest. I see Dana International singing – ‘Viva Maria, Viva Victoria, Aphrodite, Viva la Diva’ – and I see a symbol singing.

That day, in 1998, the LGBT community gained a new symbol. The T, in particular, embraced a role model, an embrace that began when Dana International walked onto the stage in Birmingham. She showed the world that the boundaries between the two binary categories Man–Woman are not fixed; you can break through them. She opened eyes and dialogues, shattered taboos and was not deterred by hateful remarks or actions.

This was not always easy for her, as, for example, when she was banished from television and radio in Israel for a long time. She supposedly had the wrong influence on Israeli youth, conveyed the wrong message. However, she did not let this stop her and, with her performance at the Eurovision Song Contest, she proved the opposite. Dana International is a pioneer for transgender people, a symbol for the LGBT community, a campaigner for transgender rights – and even now, years later, she is still happy to assume that role.

I go back to the beginning of the YouTube video. I watch her walking onto the stage with her arms in the air and I imagine how the world embraced her back then. And I want to put my arms around her too.

Izhar Cohen: Many, many things happened