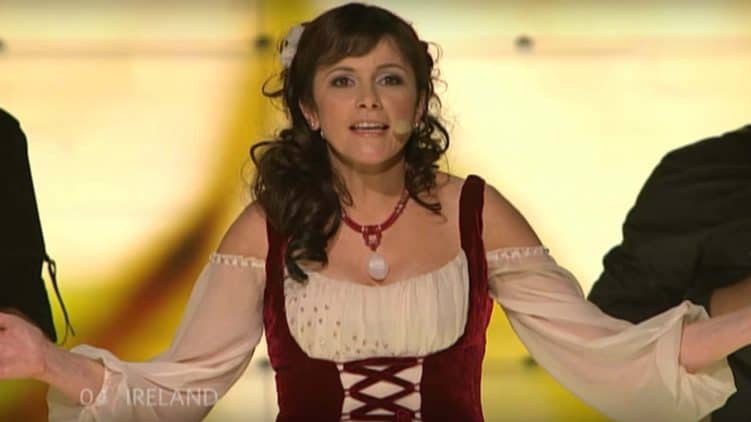 More about Ireland More from 2007

THE WORLD OF IRISH CHEERFULNESS

On the evening of the Eurovision Song Contest 2007 I didn’t watch television. My parents did. It so happened that when I came downstairs to grab some crisps and a glass of coke from the kitchen, the most beautiful song of the evening was about to begin. I heard the first tones of the flute, felt like a snake charmer’s serpent and was drawn to the couch. Snugly seated between my parents I watched a wonderful performance.

So this is a tribute to a song from 2007. Immediately, the real Eurovision connoisseur cries: ‘Yes! Marija – she was so cool! She was so good!’ Or: ‘Vjerka Serdjutška! Made everyone shriek with laughter!’ These two acts received 268 and 235 points and were placed first and second. There was a vast difference between the winner and the ultimate loser, the Irish band Dervish. Their They can’t stop the spring received only five points. Still, my tribute concerns that song.

I was 13 years old. At that age, life is an all-embracing search. Who am I? What do I want. Those – plus 4.750 other – questions occupied my mind every day. Like all other adolescents I had to discover myself completely. Not only sexually, but also when it came to music. In those days, I often listened to Simple Plan. You don’t know what it’s like when nothing feels alright – the perfect music for a lonely adolescent. So when Ireland entered the stage, I hadn’t heard any cheerful notes for a while.

I watched the singer, Cathy Jordan, sing carefully. Some will say she sang unsteadily because of nervousness. But when I watch her performance again, I chiefly see a woman having fun. The song starts very quietly, but soon the atmosphere changes. A bomb of glee explodes on the stage. The musicians cannot stand still, they have to dance! Not lead by a strict choreography, no, they move spontaneously, enjoying the music. After Cathy has picked up her bodhrán, she sings and jumps across the stage as if it’s her party. That’s exactly what it is. And I was invited!

That same evening I sat in front of my computer and flooded myself with Dervish songs. The band showed me a new world, that of Irish musical culture. I kept surfing and learned to know other bands and musicians. They were all new to me, just like their instruments. For the first time I heard a tin whistle, a low whistle, a feifer.

During the next few weeks, my world of music expanded fast. From traditional Irish folk I went to the real Irish drinking songs. I discovered bands like The Dubliners and The Pogues and indulged in fantasies about visiting an Irish pub. After that I got stuck with Flogging Molly en The Dropkick Morphys – the rebellious adolescent I was, liked to listen to this Irish punk music. Then I fell under the spell of cheerful bluegrass music, another genre I wouldn’t have discovered without Dervish. Not at that moment, anyway.

Ten years have passed and to me life is still a search. Fortunately, the Eurovision Song Contest has always been there to help. Sometimes in the field of sexuality, thanks to performers like Jedward, Kostov and Montell. But mostly in the musical sphere.

Ireland: A Tale of Two Boys