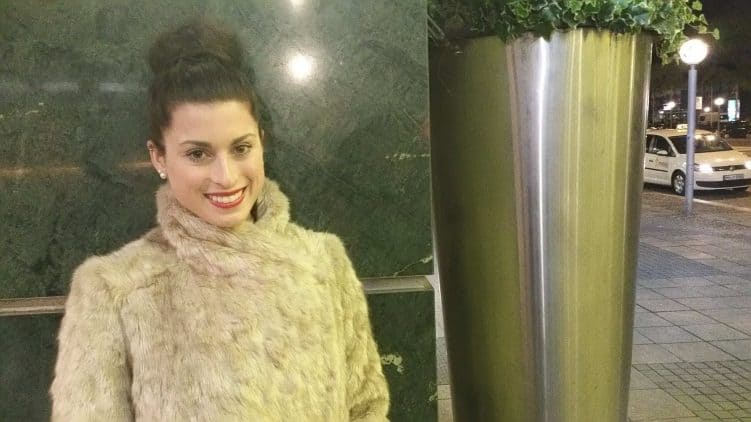 Ann Sophie: Letting go of the past (2)

In the first part of this interview, Ann Sophie talked about having to start over after her record label dumped her. And about the courage that it requires.

How much did Eurovision help you with all this?
Well, it’s funny. When I was fourteen, fifteen, I started to sing, just for myself. I wanted to become famous, that was my drive. It’s not the right drive, okay, but back then I was like that and I was fighting my ass off to make it happen. I was watching TV and I visualised how I, one day, would perform at these big shows, how I would sing before a huge audience and how radios would play my song and bla-bla-bla. And then all these things happened. So, I’d say to anyone: never stop dreaming. Now, Eurovision was great, at the time. I had a lot of fun, and it came at a time when I didn’t know where anything was going. Then I just decided to apply for this Club Concert in Hamburg. The winner would go to the German preselection.

You applied for the Club Concert with your own song, Get over Yourself. But at the Concert itself you sang Jump the Gun and later, at the German finals, also Black Smoke.
The producers had their own system. Apparently Get over Yourself was too old. So they gave me three songs to choose from and it was Black Smoke, Jump the Gun and another one. Maybe my songs weren’t good enough for Eurovision. Even though I think Black Smoke might not have been the best pick, I still think it’s a great song. Universal, the label, was already involved. They have a pool of writers and songs. And everyone that had a say thought the songs fitted me and the style fitted me, and at the time it did. That’s how it happened.

But then your rollercoaster ride continued: the way you were chosen is unique. You were one of the final two. Then your fellow contestant, Andreas Kümmert, won – and refused the ticket, live on TV.
Oh boy, what a trip. It was insane.

How do you survive that?
Oh, it wasn’t hard to survive.

No?
No. I mean it would have been harder if I hadn’t been able to go to Vienna.

Yes, but your first instinct after hearing that Andreas was giving you the ticket was to ask the audience whether they really wanted you to go.
Of course! They obviously chose Andreas. He is an amazing singer and I just stood there and I had no idea what was happening. But actually, I had no choice. And sometimes these situations bring out the best in you. You just have to keep going. For me it was a big chance. I was so disappointed when Andreas won, because I really wanted to go. I think he felt that.

Really?
I’ve never talked so much in my life and I talk a lot. I mean at this moment in my life I’m getting very quiet, which is nice. But during Eurovision it was bla-bla-bla-bla-bla. I met more than three thousand people. It was like a tsunami. It was beautiful but also painful. Like life.

Were you happy with your performance at the international final?
Nah, I look at it and I think: this could have been better or this, but that’s just my perfectionist side. Nowadays I would perform differently, because I’ve grown. Back then, it was a good performance. I like the fact that it’s online, I have no problem with watching it, it’s always a nice reminder of the moment there and then.

After the festival you made a video with an acoustic version of the song.
Everybody was asking me: where is the music video? The label didn’t want to do one, especially not after Eurovision. So I made one myself. I chose the acoustic version because, first of all, that’s how I interpreted the song. It’s a very sad song. And secondly, that style is closer to me.

The Eurovision version is a bit angry.
I like showing the vulnerable side, because being tough is great, but being vulnerable is also really great. But I’m kind of done now with Black Smoke. I could still sing it, but I don’t want to. I can reproduce all of the music that I did with Universal, but I don’t want to. It’s great that it all happened, but now I just need to be true to who I am.

How was the Eurovision week?
I got sick that week. I was in bed with the worst cough, I felt feverish, it was very exhausting.

How frustrating is that?
It was a bit tough, yes.

Even without being sick: how do you perform well when you know so many people are watching? Weren’t you extremely nervous?
It’s the adrenaline that gives you a lot of strength. Singing is much easier on adrenaline than without. Still I was shaking, because my heels were so high. I was afraid my shoes were going to break. But I tried to let go of that fear. I mean, I had to look at the cameras, but I also tried to feel the audience, to be in that moment.

Do you remember any visual things from those three minutes?
Oh, I remember all of it.

Really? What is it that you see? The cameras? The flags, the people?
Before I started singing we had like ten seconds on stage, so I looked around and took a deep breath. It was a big moment for me as an artist. Then I winked at my girls and it started. It was a moment of happiness. Everybody in the audience was excited, everybody was smiling, everybody was in a good mood. You don’t get that on the streets, you don’t get that anywhere. Most of the time everybody is moody. This was a moment without worries or thoughts, just living, breathing, laughing, dancing, smiling, singing, being.

Was Eurovision a big thing in your family?
No, we didn’t watch Eurovision. I’m sorry, I was never a Eurovision fan.

After the zero points you reacted gracefully. You made a small clip, adapting the winning song Heroes into: ‘We are the zeroes of our time.’ And in an interview on national German television you were honest and open.
Yes, but during the interview I was on the verge of crying. I held back my tears.

Why?
Because I was hurt, obviously.

But what was this hurt? What did it consist of?
It was humiliating and it was painful. It was really hard not to take it personally, that was really, really hard. When you think about the fact that Germany didn’t even want me to go and then I got zero points… It just felt like a lot of shit and it was more hurtful because of the way they dropped me afterwards. After her Eurovision adventure Ann Sophie wrote a (yet unpublished) children’s book. It’s called Hubi, der Marienkäfer (Hubi, the ladybug) and tells the story of a ladybug that is sad because it has no dots.
Nadia Fachney made the illustrations, and the second title of the story is interesting: Die etwas andere Null-Punkte Story (The a-bit-different zero-points-story).

Your record company, you mean?
I had a lot of hopes and they were all crushed. By people that I really liked. That was very painful. You start to think: maybe I am not meant to be a singer. I started questioning everything. But life always gives you challenges and I think life is brutally honest. So maybe it would have been nice to create a new music video and play all kinds of shows, but that wasn’t who I was. So right now I am grateful that it didn’t happen. I would have been tied to an image as a pop girl. Now I can work my way up and understand how hard it is. I don’t want things to be handed to me all the time. I want the work, the sweat and the worries. If you’re always safe, where is the fun?

A last writing question: you have something written on your arm.
Yes. ‘Stay gold.’ I had that done three or four years ago. I believe we are born with a golden soul and that every day we have the choice to stick with the gold, or the silver, or the bronze, or whatever.

So, talking about silver and gold, did Eurovision distract you from the gold?
No, I’d like to think it has brought me gold. It just chose quite a difficult way to do so.